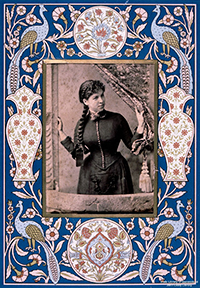 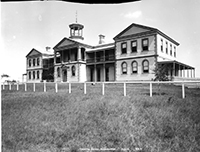 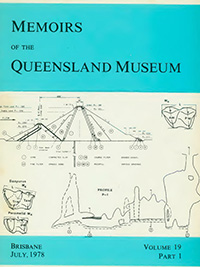 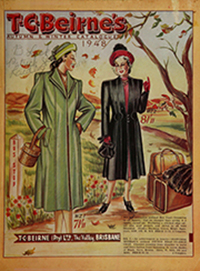 The Internet Archive is a non-profit library of millions of free books, movies, software, music, websites, and more. It has over 333 billion web pages - and yes the billion is not a misprint. The site has a extensive range of historical material relating to Queensland including :

Project Gutenberg is a volunteer effort to digitize and archive cultural works, to encourage the creation and distribution of eBooks. There is a separate site devoted to Australian works including an extensive collection of books on Australian history, including journals of explorers such as Cook, Gregory, Landsborough, Mitchell, and Leichhardt.

The Biodiversity Heritage Library (BHL) is a consortium of natural history and botanical libraries that cooperate to digitize the legacy literature of biodiversity held in their collections - plenty of material on Queensland.

Site maintained by Peter Dunn with the claim 'everything you wanted to know about military activities in Australia during World War 2. Extensive information on sites in Queensland.

David Horton and Kerry Raymond maintain a website with various historical resources - perhaps the most useful and interesting being renamed places in Queensland.

David Horton and Kerry Raymond maintain a website with various historical resources - a great addition to their website is a very handy tool for searching the more than 10,000 historic Queensland maps online. Enter the co-ordinates of a place and the site will list all the maps that include the place.

This site is maintained by David Taylor and contains an assortment of photographs and information about rural, historic and abandoned places in Queensland and beyond.

The Australian Dictionary of Biography is Australia's pre-eminent dictionary of national biography. In it you will find concise, informative and fascinating descriptions of the lives of significant and representative persons in Australian history.

What's so special about this site and who was George Washington Wilson? He was a Scottish photographer who developd a large photographic business based in Aberdeen. He sent one of his staff to Queensland in the early 1890s. More than 240 images of Queensland places and people are in the University of Aderbeen library.

The Historical Census and Colonial Data Archive (HCCDA) is a searchable archive of Australian Colonial census publications and reports. Includes Queensland censuses from 1861 to 1901.

The Prosecution Project is investigating the history of the criminal trial in Australia. Registers of Supreme Court cases have been digitised and are now searchable.

This project aims to produce a rich understanding of how crime has been prosecuted in Australia. It will also tell us much about Australian history - how people lived, how they behaved, how they dealt with conflict and tragedy, how legal and political institutions responded to crime and its consequences.

Because of the extensive collection of newspapers on Trove, it is tempting to conclude that is all that needs to be searched. This site has more that 27 million pages from more than 700 newspapers. There are plenty of references to Queensland. A paid site but with pay as you use options. Searching this site is a surprise. For example, searching Brisbane floods in 1893 has more than 1000 hits. Indispensable for anyone doing research on floods in the 19th century.

A database of all cinemas and theatres in Australia - past and present. A very thorough coverage including small and remote towns in Queensland.

Index to death notices in Australian newspapers that is continually being updated - more that 6,800,000 entries. More than 4 million from the past 30 years.

BDA is a new research tool for historians and genealogists comprising transcripts and indexes of original records and published biographies of deceased individuals who arrived in, or were born in, Australia.